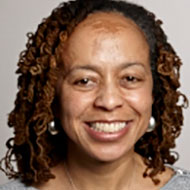 Desiree Byrd, PhD, ABPP – Dr. Byrd is a board-certified neuropsychologist.
Her research focuses on the roles of health disparities and culture in the expression of cognitive dysfunction in central nervous system disease. Her interests are in HIV/AIDS, substance use, and under-represented populations. She is an Assistant Professor of Neurology and Psychiatry at Mount Sinai Icahn School of Medicine. 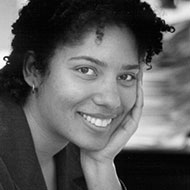 Jennifer Manly, Ph.D. – Jennifer Manly, Ph.D. is an Associate Professor of Neuropsychology in Neurology at the G.H. Sergievsky Center and the Taub Institute for Research in Aging and Alzheimer’s disease at Columbia University. Her research on early life determinants of cognitive aging and social and biological risks for cognitive impairment among racially and ethnically diverse middle aged and older adults has been funded by the National Institute on Aging and the Alzheimer’s Association. She has authored over 175 peer-reviewed publications and 9 chapters. Dr. Manly has served the American Psychological Association Division 40 (Society for Clinical Neuropsychology) and the International Neuropsychological Society in several leadership roles. She received Early Career Awards from both Division 40 of the American Psychological Association and from the National Academy of Neuropsychology, was the 2014 recipient of the Tony Wong Diversity Award for Outstanding Mentorship, and is a Fellow of APA. She served on the US Department of Health and Human Services Advisory Council on Alzheimer’s Research, Care and Services from 2011 – 2015, and is a current member of the Alzheimer’s Association Medical & Scientific Research Board. 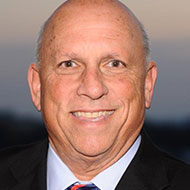 Antonio Puente, Ph.D. is the 2017 President of the 125,000-member American Psychological Association (APA). He is a Professor of Psychology at the University of North Carolina Wilmington (UNCW) and holds appointments as a Visiting Professor at the Universidad de Granada (Spain) and the University of California Los Angeles. His research focuses on the interface between culture and neuropsychology, and he collaborates regularly with colleagues in Russia, Spain and Latin America. Puente founded and edited the journals Neuropsychology Review and Journal of Interprofessional Education & Practice, as well as a book series (33 books) in neuropsychology. He is the author of 8 books, 80 book chapters and 110 journal articles (in English, Spanish and Russian). In addition to activities at UNCW, Puente maintains a private practice in clinical neuropsychology, ranging from clinical to forensic assessments. Puente served as the President of the Hispanic Neuropsychological Association from 2002 – 2005. 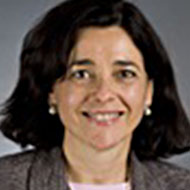 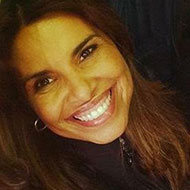 President-Elect: Monica Rivera-Mindt, PhD, ABPP-CN
Monica Rivera Mindt, PhD, ABPP – Dr. Rivera Mindt is a bilingual board-certified neuropsychologist and a Professor of Psychology & Latina/o Studies and the Director of Clinical Training at Fordham University, with a joint appointment in Neurology at Mount Sinai Icahn School of Medicine. Her NIH-funded research focuses on the intersection of cognition, culture, and health disparities. She currently serves as the inaugural Editor for the Culture & Gender in Neuropsychology Dept. for The Clinical Neuropsychologist (TCN) journal. Dr. Rivera Mindt has received the Lifetime Achievement Award from SMART University (a community-based organization for HIV+ women); Early Career Award from APA’s Society for Clinical Neuropsychology (Division 40); the Early Career Service Award from the National Academy of Neuropsychology (NAN); the Distinguished Alumna Award for Psychology from Pepperdine University; and the Teacher of the Year Award from Fordham University. She is a Fellow of APA and NAN, and proudly serves as the HNS President-Elect.

Clemente Vega, PsyD, ABPP – Dr. Vega is a bilingual neuropsychologist at Boston Children’s Hospital with clinical and academic efforts that focus on pediatric epilepsy syndromes, neurosurgical outcomes, and cross-cultural application of neuropsychological assessment. He is Instructor of Psychology in the Department of Psychiatry at Harvard Medical School. He also works as a private consultant in forensic settings, as well as public school systems and professional sports teams in the Boston area.