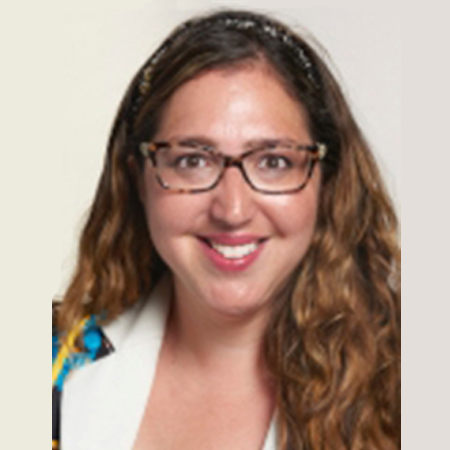 It would an honor and a privilege to be elected as the Member-at-Large for the Hispanic Neuropsychological Society (HNS) so that I can represent the HNS membership in our shared goals of improving the quality of care provided to Latino/a patients and other diverse, historically under-represented populations with origins in Spanish-speaking world regions.

Beyond the rich and meaningful work that HNS has already accomplished regarding education/training, advocacy, research, and evidence-based clinical work, it is my goal to advance a heightened spirit of inclusion to training sites and educational institutions. Based on the founding principles of HNS, I would work to build upon HNS’s outstanding collaborations and partnerships with other neuropsychology organizations and develop new HNS programming aimed at Directors of Clinical Training (DCTs) to be held at national- and international-conferences. It is clear that DCTs often have strong influences not only on how neuropsychologists-in-training are treated, but also how they learn to treat others as clinicians. Inasmuch, these mini-courses would be valuable in not only increasing awareness of the growing body of empirical research aimed at the evaluation and treatment of Hispanic populations, but also to provide a safe, collegial environment to openly discuss mentorship and training issues unique to a continually evolving, diversifying student population. My work in these areas would be both a labor of love and also a culmination of my experiences to date.
Experience

Clinical and Leadership Experience: I am presently the Director of Neuropsychological Services at the Mount Sinai Epilepsy Center and Assistant Professor of Neurology and Psychiatry within the Icahn School of Medicine at Mount Sinai, with a fast-paced clinical practice evaluating neurologically-complex, and linguistically- and culturally-diverse patients across the lifespan. Owing to my long-standing interest in the neuropsychological assessment of immigrant populations, I have been the Co-Chair of New York Neuropsychology Group’s Bilingual Task Force for over 10 years and have served as a founding member of two other consortia dedicated to reducing disparities in the quality of healthcare provided to non-native English speakers via research, community outreach and advocacy. Moreover, I have held positions of leadership as an elected officer and committee member for multiple organizations in our field, at the national and local levels (i.e., American Psychological Association and New York Neuropsychology Group).

Research Overview and Commitment to Scientific Advisory: My interest in clinical research aimed at improving the quality of care offered to historically under-represented neurological populations was borne out of my own experiences as a Spanish-speaking neuropsychology trainee working in urban medical centers and witnessing the wide range of test biases limiting pre-operative assessments of Spanish-speaking surgical candidates. As a post-doctoral Fellow, I was the recipient of the Ruth L. Kirschstein National Research Service Award (F32), under the auspices of the National Institutes of Health, to launch a programmatic line of research aimed at refining diagnostic decision-making for Spanish-speaking candidates for epilepsy surgery. In recent years, I have broadened the scope of these efforts to include empirical evaluations of the clinical utility and psychometric rigor of Wada testing, stereoelectroencephalography and functional language mapping in non-U.S.-born, non-native English-speaking populations with seizure-related disorders. In 2019, I was selected as Co-Chair of a symposium at the International Neuropsychological Society proposing a bio-psycho-social approach to testing for surgical candidacy, with the ultimate goal of developing guidelines specific to under-served populations undergoing neurosurgical interventions.
Training Philosophy: As was conveyed when I was a panelist at the “Educational and Training Objectives and Competencies” roundtable at the 2017 HNS Cultural Neuropsychology Summit, I feel a deep responsibility to ensuring the well-being of students during their training years and throughout their early career, as they attempt to navigate the (at times) bumpy career path to becoming a neuropsychologist. In addition to guiding the training experience of the externs, interns and post-doctoral Fellows placed at my site, I am passionate about serving as a mentor through several local and national neuropsychology-focused organizations, including HNS and the American Academy of Clinical Neuropsychology. More than helping students one-at-time on a ‘micro level,’ it is my long-term career goal to effect changes at a more ‘macro level’ through providing education and guidance aimed at improving the educational and training milieu for historically under-represented student groups, in an effort to facilitate fair, equal treatment at all stages of the learning process.
Please consider voting for me so that I may continue to be a force-multiplier for this incredible organization.