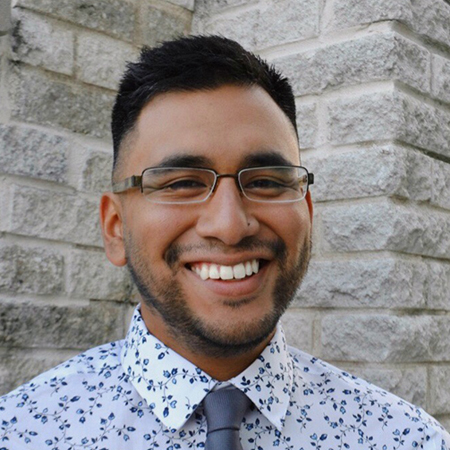 My name is Daniel Saldana, and I was born and raised in Perth Amboy, New Jersey—a town reflective of the cultural melting pot that is the United States. It has a majority (approximately 80% according to 2010 Census) Hispanic population. I was raised by parents of Peruvian and Mexican heritage, aunts and uncles from various other Latin American countries, lived in Peru for a few years when I was younger, and thus, consider myself bicultural. Growing up, almost everyone I knew spoke some form of Spanish, English, or Spanglish. The general atmosphere for cultural diversity in my hometown always felt like one of inclusion rather than exclusion and differentiation from the “other.” In reflection, the acculturation processes that I witnessed were very unique, oftentimes noting that the typically dominant culture was being subsumed within the majority-minority culture. In fact, it was not until I had opportunity to travel further from my hometown in high school, college, and graduate school, that I experienced something akin to cultural shock. As such, I believe myself to be particularly attune to the impact that biculturalism plays in molding people’s beliefs, values, behavior, and cognition.

I started a clinical psychology doctoral program five years ago at Queens College, City University of New York, The Graduate Center, with a particular interest in neuropsychology and am currently applying to internship. As was my experience in a number of graduate school interviews, the representation of students from underprivileged backgrounds was very low. I viewed this as part of a larger systemic issue that creates barriers for students of said backgrounds to enter higher education. Given that higher education is one of the avenues that can promote change for said systemic barriers, I availed myself of every opportunity that presented itself in working with minority populations, particularly the Latinx community. There was an innate desire and responsibility I felt as a bicultural, bilingual, student to give back to the community and culture in which I was raised. Over the course of several years, I have been part of several community outreach programs aimed at helping adolescents and young adults with trauma-related mental health difficulties. In many cases, the trauma stemmed from the challenging acculturation processes of immigrating to another country in seeking asylum. I have worked with lawyers, paralegals, healthcare providers, as well as supervisors and mentors in advocating for my patients, from providing adequate and culturally reflective psychotherapy to psychoeducational and neuropsychological assessment. Within neuropsychology, I have worked at a number of hospitals across New York City and New Jersey. In these institutions, I have had the opportunity to work with both English and Spanish-speaking board certified supervisors/mentors that have both demonstrated to me and challenged me with best practices and cultural reflection when evaluating multilingual patients, taking into consideration the whole individual.

If you vote for me as your student representative elect, I vow to continue to advocate for patients of underserved and multicultural, multilingual backgrounds by promoting mentorship and supervision of students within the HNS community and beyond. Although I am still in training, I believe I have learned and continue to learn from my experiences, and am ready to share my knowledge and experiences with others. I will work to strengthen the infrastructure within the HNS community to assist students at all levels of training toward their professional goals and toward creating a neuropsychology wherein cultural factors are ingrained and not merely considered.