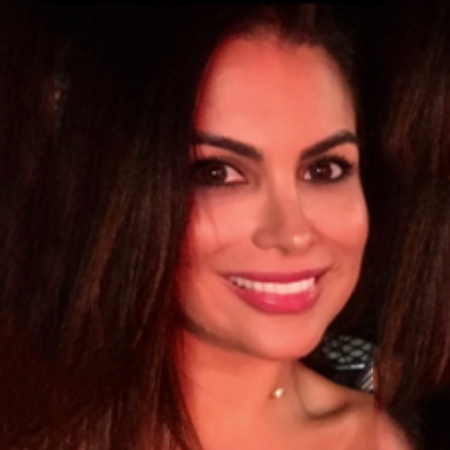 My name is Paula Karina Perez, PsyD and I am honored to seek candidacy for the Hispanic Neuropsychological Society (HNS) Student Representative Elect position. I recently completed my doctoral degree in clinical psychology with a concentration in neuropsychology at Albizu University. After completing a doctoral clinical internship in clinical child/adolescent psychology at Children’s Minnesota (with exposure to both pediatric psychology and neuropsychology), I relocated to New York City to begin a Division 40 postdoctoral fellowship in pediatric neuropsychology and rehabilitation at Rusk Rehabilitation/ NYU Langone Orthopedic Hospital. Past clinical experiences include a one-year pediatric neuropsychology and rehabilitation externship at Jackson Memorial Hospital, a one-year adult neuropsychology and rehabilitation externship at Doral Neuroscience Center, and a one-year child psychology externship at Urban Promise of Miami. Current research interests include executive function deficits in children with neurodevelopmental disorders and traumatic brain injury, and the late effects of chemotherapy in the pediatric population. I am a co-author of a few journal articles currently under review focusing on traumatic brain injury and cognitive deficits in Latin American pediatric populations, and have represented my academic institution by presenting research on verbal fluency deficits in children with attention deficit hyperactivity disorder associated with pregnancy problems at various national and international conferences, including a recent oral presentation at the 2nd Ibero-American Neuropsychological Conference in Colombia in September 2019. I am thrilled to be an Ítaca Formación/Universidad a Distancia de Madrid (UDIMA) faculty member in the pediatric neuropsychology master’s program starting in January 2020.

Born in Miami into a family with Colombian and Lebanese roots, I have always thought of myself as a “ciudadana del mundo” who was inherently raised to appreciate and respect common differences in those around me, including religion, language, gastronomy, and traditions. After my family relocated for 10 years to San Andres Islas, an island off of the Colombian coast and my mother’s hometown, and moving to Barranquilla, my father’s hometown, I returned to the United States filled with deep appreciation for the richness of diversity in life, which has since motivated me to promote cultural awareness and acceptance. In clinical practice, having a culturally diverse background and being multilingual (English, Spanish, Arabic) has served as a remarkable tool in supporting Hispanic individuals navigate the various neuropsychological services we provide, some of which are often accompanied by challenging and unexpected long-term changes in functioning, likely exacerbated by healthcare disparities. Broadly, I have had the opportunity to provide therapeutic and consultation interventions, administer neuropsychological testing, translate clinical and academic recommendations, and conduct feedback sessions with Spanish-speaking families who often have limited or lack access to interpreting services in their community. Joining HSN has further solidified my understanding of cultural diversity, while also supported my transition to a more patient-centered treatment approach that also strives to find the similarities in clinical presentations and needs within our ever-growing heterogeneous Hispanic community. Furthermore, my active participation with HNS during its 2019 National Conference Task Force, and current participation in the Social Justice and Advocacy Task Force has furthered solidified my desire to serve my professional community, while also allowed me to develop new professional relationships that provide an invaluable layer of support by collaborating, edifying, and enhancing neuropsychological competency to meet the needs of my patients in every day practice.

If given the privilege to serve as your Student Representative Elect, I aspire to actively promote the overarching development and understanding of neuropsychology as an evidenced-based branch of health care that embraces cultural diversity as a core element in clinical advancement to better serve our underrepresented communities, foster cultural competency and humility in research, training, and every-day clinical practice, and advocate for equitable, patient-centered care that aims to reduce health disparities by recognizing the growing differences and needs of our culturally diverse patient populations.