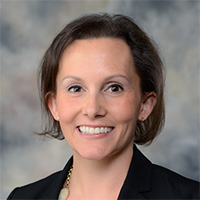 Dr. Veronica Bordes Edgar is an Associate Professor with joint faculty appointments in Psychiatry and Pediatrics at the University of Texas Southwestern Medical Center. Originally from Mexico, she immigrated to the United States as a young child. She earned her doctorate from Arizona State University in 2008 after completing her pre-doctoral internship at Boston Children’s Hospital and Harvard Medical School. Dr. Bordes Edgar went on to complete her post-doctoral fellowship at the University of Minnesota Medical School in 2010. She became board certified in Clinical Neuropsychology in 2014. Dr. Bordes Edgar serves as a bilingual Pediatric Neuropsychologist at Children’s Medical Center in Dallas and is Co-Director for the Division of Developmental-Behavioral Pediatrics at the University of Texas Southwestern Medical Center. Her areas of interest include cultural and bilingual issues in assessment, genetic and neurodevelopmental disorders, and interdisciplinary teaching of medical and psychology trainees.

Dr. Bordes Edgar served on the Hispanic Neuropsychological Society (HNS) Executive Committee as Secretary from 2015-2017 and was active in the organization of the first HNS Conference in 2015 as well as the bylaws revision in late 2017. She is also a founding member establishing HNS as a non-profit organization. Dr. Bordes Edgar currently serves on the Board of Trustees for the American Board of Professional Psychology (ABPP) as the first Early Career Psychologist representative. She serves as a Mentor for the Be Ready for American Board of Professional Psychology in Neuropsychology (BRAIN) Survivors Program as well as a mock examiner. She also serves on the American Academy of Clinical Neuropsychology Relevance 2050 Committee. Because of her work for ABPP and the profession, Dr. Bordes Edgar was awarded the 2018 ABPP Early Career Psychology Service Award. 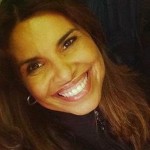 Dr. Rivera Mindt a board-certified clinical neuropsychologist and tenured Professor in the Department of Psychology & Latino American Latino Studies Institute at Fordham University in New York City, with a joint appointment in the Departments of Neurology & Psychiatry at the Icahn School of Medicine at Mount Sinai. The overarching aim of her work is to reduce health disparities among underserved populations by utilizing her research to inform culturally-tailored interventions and ultimately improve health outcomes among these populations. To this end, her NIH-funded research is dedicated to investigating the effects of HIV, aging, and substance use on the brain, functional outcomes, and health disparities – particularly among U.S. Latina/o and Afro-Caribbean populations. Moreover, the methodology of much of her work is novel in that it incorporates a community-based framework. At Fordham, she is the Director of Clinical Training in the Clinical Psychology Doctoral Program, and also teaches undergraduates. Over the past 15 years, she has developed a strong track record of leadership through HNS; APA’s Society for Clinical Neuropsychology (SCN; Division 40) and Committee on Psychology & AIDS; and the National Academy of Neuropsychology (NAN). She has also served as a grant reviewer for NIMH & NAN, and now serves as the inaugural editor for The Clinical Neuropsychologist’s (TCN) newly launched Dept. of Culture & Gender in Neuropsychology. She maintains a small private practice primarily focused on providing Spanish language neuropsychological services, and serves on the Board of Directors for the Harlem Community & Academic Partnership and SMART University (a community-based organization for HIV+ women). She has received several awards for her contributions to the field, including the Early Career Award from SCN (APA Division 40) in 2011; Early Career Service Award from NAN in 2010; Distinguished Alumna Award for Psychology from Pepperdine University in 2008; and the Professor of the Year Award from Fordham in 2005. In 2012, she was elected a Fellow of SCN (APA Division 40) and NAN. In 2013, she received the Lifetime Achievement Award from SMART University for her work doing research capacity building in the community.

In her spare time, she enjoys surfing and traveling all over Latin America with her husband and two children. If you’d like to learn more about Dr. Rivera Mindt,please click here or you can find me on Facebook (DrMonica Rivera Mindt), Twitter (@DrRiveraMindt) & LinkedIn. 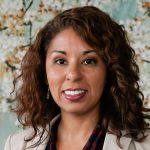 Dr. Silva is a board-certified neuropsychologist and owner of Pacific Neurobehavioral Clinic, PC (PNBC), in San Diego, CA. She primarily conducts clinical and forensic neuropsychological evaluations on adults. She specializes with traumatic brain injuries, stroke-related changes, and neurodegenerative conditions, as well as psychiatric conditions. At her group practice, she oversees psychological treatment of patients dealing with emotional adjustment to complex medical conditions and chronic pain, as well as depression, anxiety, and PTSD. She and several of other clinicians at PNBC are able to provide culturally-sensitive evaluation and therapy services to monolingual Spanish-speakers.
Dr. Silva obtained her Doctorate in Clinical Psychology at Florida Institute of Technology, with an emphasis on behavioral medicine. During her graduate school training, she developed a strong foundation in psychological assessment and therapy skills, in addition to developing skills with neuropsychological assessment. She completed her internship within the Central California Psychology Internship Consortium where she worked primarily with young children with a number of neurodevelopmental conditions. She then completed a post-doctoral fellowship in neurorehabilitation where she worked at St. Jude Medical Center in Fullerton, CA with primarily stroke and TBI patients, as well as patients with spinal cord injuries. She completed a second post-doctoral fellowship in neuropsychology at the University of California- San Diego, where she worked in the outpatient neuropsychology service as well as epilepsy, transplant, and bariatric surgery services. Upon completion of her training, she worked as a staff psychologist at Sharp Memorial and Grossmont hospital’s neurorehabilitation units, and transitioned into private practice. She obtained her board-certification in 2013, and is also certified as a Qualified Medical Evaluator to perform medical-legal workers’ compensation evaluations in California. Dr. Silva has been active with the board of California Psychological Association’s Division 8 (Neuropsychology) and has worked on advocating for the needs of psychologists in CA.

Dr. Christine Salinas is the Founding Director of Neuropsychology Concierge with locations in Melbourne and Winter Park, Florida. She is the Founding Chairwoman of Niños Health, a 501c3 nonprofit organization dedicated to the delivery of innovative, culturally responsive care, research, and education for diverse children and families who are struggling with conditions that affect development. Dr. Salinas has clinical experience working with bilingual, multicultural, and international patient populations across diverse settings. She is Assistant Professor of Psychiatry at University of Central Florida and Adjunct Assistant Professor in Psychology at Florida Institute of Technology. Previously, Dr. Salinas was a Staff Neuropsychologist at Boston Children’s Hospital/Harvard Medical School in the Epilepsy Division. She co-developed the epilepsy neuropsychology program at Florida Hospital Orlando. She completed her Doctorate in Clinical Psychology at Florida Institute of Technology, her Internship in Neuropsychology at Emory University School of Medicine and her Post-Doctoral Fellowship in Clinical Neuropsychology at Florida Hospital. Dr. Salinas has first or co-authorship on 25 peer-reviewed articles and book chapters, as well as 30 invited national and international presentations. She is a reviewer for 16 scientific journals and serves on the Editorial Board of the newly established Revista Iberoamericana de Neuropsicologia. She has active projects underway focusing on epilepsy, cultural neuropsychology, and multicultural training. 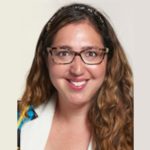 Dr. Heidi Bender is the Director of Neuropsychological Services at the Mount Sinai Epilepsy Center and holds dual primary appointments in the Departments Neurology and Psychiatry within the Icahn School of Medicine at Mount Sinai. Her clinical practice primarily specializes in evaluating neurologically-complex, and linguistically- and culturally-diverse patients across the lifespan.
She earned her undergraduate and first Master’s degree at New York University and her doctorate from the Neuropsychology subprogram at The Graduate Center, City University of New York. Following pre-doctoral training at Weill Cornell Medical Center and New York University Medical Center, Dr. Bender completed her pre-doctoral internship at The Rusk Institute of Rehabilitation Medicine at NYU Langone Medical Center. She subsequently underwent three additional years of advanced clinical and research training in Clinical Neuropsychology at New York University School of Medicine’s Comprehensive Epilepsy Center. During her fellowship years, Dr. Bender was the recipient of a highly competitive, individual grant, the Ruth L. Kirschstein National Research Service Award (F32), under the auspices of the National Institutes of Health. This grant award provided Dr. Bender with the support necessary to launch her innovative and unique programmatic line of research aimed at refining diagnostic decision making for candidates for epilepsy surgery, work that she continues to build upon through present day.
Owing to her long-standing interest in the neuropsychological assessment of immigrant populations, Dr. Bender has been the Co-Chair of New York Neuropsychology Group’s (NYNG) Bilingual Task Force for over 10 years and a member of NYNG’s Board of Directors since 2003. She has also held positions of leadership as an elected officer and committee member for multiple organizations in the field of neuropsychology at the national and local levels. 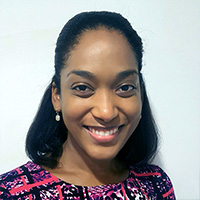 Carmen I. Carrión, PsyD is a licensed bilingual clinical psychologist who conducts neuropsychological evaluations in both English and Spanish. Dr. Carrión earned her Doctor of Psychology degree from Roosevelt University, completed her predoctoral clinical internship at Jackson Memorial Hospital, and completed her postdoctoral training at the University of Michigan. Dr. Carrión provides culturally-informed neuropsychological evaluations to individuals presenting with diverse clinical conditions. Her clinical and research interests include memory and neurodegenerative disorders with a particular focus on how demographic factors influence the manifestation of neurological syndromes. 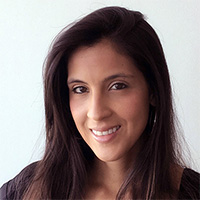 Dr. Giselle Leal recently completed her doctoral degree in clinical psychology with concentration in neuropsychology at Albizu University (Miami, FL). She completed her pre-doctoral internship at Rusk Rehabilitation Institute at NYU Langone Health and is currently completing a two-year neuropsychology fellowship at University of Miami, Miller School of Medicine. Former clinical experiences include a one-year neurorehabilitation externship at Jackson Memorial Hospital – Ryder Trauma Center and a one-year neuropsychology externship at University of Miami – Miller School of Medicine. Additionally, she completed a one-year practicum at the Miami VA in the inpatient psychiatric acute crisis unit. Clinical interests include working with adults with acquired brain injury and neurodegenerative diseases. Research interests include understanding the role of cultural diversity on cognitive performance, as well as the ecological validity of neuropsychological measures. She co-authored a book chapter on performing neuropsychological evaluations with illiterate individuals, as well as a book chapter on the history of neuropsychology in Latin America. As the Student Representative Elect, she would like to continue to “pay it forward” by having a voice that can reach a larger audience and continue to advocate and promote fair services that will result in a reduction in health disparities among minorities.

Yayci Patiño is a pre-doctoral intern in the cultural and bilingual neuropsychology program at the University of Los Angeles California. She completed her academic training at William James College, in Boston, Massachusetts, with an emphasis in Neuropsychology and Latino mental health. She obtained her bachelor’s degree in Psychology and master’s degree in Clinical Psychology at the University of Central Florida. During her early years as a graduate student, Yayci became involved in non-profit organizations focused on neglected and underprivileged communities in Florida. This led to her participation in humanitarian programs assisting survivors of natural disasters in South America and she has continued to devote her career to addressing the needs of Spanish-speaking communities. Her dissertation encompasses community-based participatory research with the aims to develop culturally and linguistic appropriate interventions for Spanish-speaking populations with cognitive decline. During her current internship year, she provides neuropsychological evaluations, including pre-surgical and language evaluations, to diagnostically, culturally, and socioeconomically diverse client populations across the lifespan. Yayci’s experiences as a first-generation immigrant from Colombia has informed her interest in the socio-cultural complexities associated in providing neuropsychological evaluations to ethnically and linguistically diverse populations. Towards that end, she has focused her clinical training on developing greater competency in providing neuropsychological evaluations in Spanish. Yayci hopes to continue contributing to the field of cross-cultural neuropsychology while emphasizing the importance of integrating community-based projects in disciplinary research.