Please consider running for one of the soon-to-be-open positions on the Hispanic Neuropsychological Society Executive Committee:  Member at Large, Secretary, and Student-Elect. The Member-at-Large and Secretary are two-year terms.  The Student-Elect is a one-year term. Start date would be January 1, 2018. Below, see the extracted portion of the HNS bylaws for more information about these positions.

The general HNS membership can make nominations. Self-nominations are also accepted. The ideal candidate will be committed to enhancing the field of cultural neuropsychology, via governance work. Our HNS Executive Committee meets twice per month by video conference. We are evolving as a professional guild. Our HNS brand grows almost daily, nationally and internationally. We would enjoy having passionate leaders join us.  We welcome all levels of experience.

The last day to submit your statement of interest is today, October the 30th. Include a brief biography and stated reasons for seeking office.  Send the nominations and statements to David Lechuga, Ph.D ([mailcrypt][mail]). Candidates will have an opportunity to campaign from October 16th to November 12th. Voting will start on November 15th and remain open until December 15th. Candidate materials will be available on the HNS website.

The HNS shall be governed by the Executive Committee composed of the above mentioned elected officers (Section 1 of Article VI). The Committee will be responsible for representing the HNS to external persons and institutions and for conducting the business of the organization during the period of time between annual meetings. The Executive Committee will be jointly responsible to the membership for the conduct of the organization’s affairs, and will make an annual report to the membership during the annual business meeting.

Members of the Society may nominate prospective officers for the Executive Committee during the annual business meeting or in writing so it can be discussed by members at the annual business meeting. Officers shall be elected by a majority vote from voting members of the Society who are present at the annual meeting or who have submitted their vote in writing by proxy. Officers will serve a term of two consecutive years. In the event that a particular Officer cannot complete his/her term, a Member of the Society will be appointed by the Executive Committee to fulfill the duties of the office for the remaining duration of that term. Except for the Secretary, Members-At-Large, and Treasurer, no individual may serve more than one consecutive term holding the same office on the Executive Committee. Individuals may hold the same office at a later time but the terms cannot be consecutive.

All Officers must be members of the Society in good standing.

Officers of the Association will conduct their assigned duties as outlined below.

Members of the Executive Committee may resign their duties at any time during the duration of their term. Executive Committee members may be asked for their resignation by another Committee Officer at any time if there is just cause to suspect the violation of any of the conditions stipulated under Section 5 of Article III (Membership) or when their actions have been clearly harmful to the interests of the Society. The official removal of any individual from the Executive Committee will require two-thirds majority vote from members of the Society that are present at the annual meeting or two thirds majority mail system vote (via email or postal service). 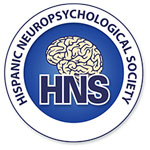