The Hispanic Neuropsychological Society (HNS) is a group of clinical and research neuropsychologists in the United States interested in promoting the competent practice of neuropsychology with
Spanish-speaking populations. Information about
HNS can be obtained from the HNS web site
(www.hnps.org).

There are six types of HNS members: Fellow, Professional Members, Associate Members, Student Members, Affiliate Members, and Corporate Members (see HNS bylaws for definitions at www.hnps.org). The vast majority of HNS members are active clinicians. Some also participate in clinical and basic science research, teaching, consulting, and other professional activities. Historically, HNS has had a strong student membership (they currently represent 35% of the membership). Total membership has ranged from 30 to over 160 members (highest active membership in 1999 and 2010). Currently, there are 151 active members. Fifteen HNS members have obtained board certification in clinical neuropsychology and three are international.

The HNS Board of Directors (BOD) consists of nine members elected by the general membership (President, President Elect, Immediate Past
President, Secretary, Treasurer, two Members at Large, Student Representative, Student Representative Elect). Officers serve the BOD for two consecutive years, although the President serves 1 year as President Elect and 1 year as Immediate Past President as well. Annual elections are held in the fall. HNS’ leadership to date is presented in
Table 1.

Acknowledgments to the many members of the Hispanic Neuropsychological Society for their collective wisdom
and institutional memory in the writing of this entry, ¡muchas gracias!

According to the HNS bylaws, the organization’s mission is to promote the competent practice of neuropsychology with Spanish-speaking
populations. HNS seeks working relationships with existing organizations in order to promote training and research, which will yield high standards in neuropsychological practice with the ethnically diverse Hispanic population. Central aspects of the HNS mission have historically included: (1) encourage and facilitate the dissemination of clinical and research information for the practice of neuropsychology with Hispanic populations; (2) actively promote networking
and collaboration among its members regarding the use of current and emerging testing instruments for the appropriate assessment of Hispanics;

(3) work towards developing guidelines for competent neuropsychological practice with Hispanics; (4) assist in the development of training programs aimed at providing neuropsychologists with culturally appropriate treatment, assessment, and research; (5) remain a nonaffiliated society in order to work collaboratively with existing neuropsychological organizations, both in the USA and abroad; (6) encourage and facilitate the development of emerging neuropsychologists who are interested in working with Hispanic populations via networkingand mentoring, as well as providing research opportunities to improve the extant knowledge base; and (7) establish a database of current and developing research on tests, norms, and funding opportunities for the practice of neuropsychology with Hispanics. HNS is a cross-cultural society and welcomes members from all ethnic groups.

HNS was established in 1994 due to the recognition of the need for culturally and linguistically competent neuropsychologists in the midst of a major US demographic shift. Major contributors to its nascent organizational development were Drs. Patricia Perez Arce, Antonio Puente, and Gloria Morote who cofounded the group “Neuropsychological Organization for the SpanishSpeaking” (NOSS). Simultaneously and independently, Dr. Marcel Pontón chaired a symposium on Cross-cultural Neuropsychology during the 1993 International Neuropsychological Society meeting in Galveston and collaborated with Drs. Alfredo Ardila and Antonio Puente. A planning group that included Drs. Antonio Puente, Alfredo Ardila, and Marcel Pontón met at the 1994 American Psychological Association convention in Los Angeles. Drs. Marcel Ponton, Ruben Echemendia, and Patricia Perez Arce were chosen as the first officers of the new organization that came to be known as HNS (DeAngelis 1994). The organization was formed in an effort to promote diversification in the field of neuropsychology and to cultivate the science and practice of Hispanic/Latino neuropsychology. Dr. Antolin Llorente was responsible for originally establishing HNS as a 501(c)(3) organization in 1999 when he served as Treasurer (1998–2000).
Several HNS leaders and members met at the VII Congress of the Latin American Society of Neuropsychology (SLAN) in Guadalajara, Mexico, in October 1997 to create more international collaboration. At that time, HNS had over 160 members and published a regular bulletin. HNS also established a formal research consortium to
Hispanic Neuropsychological Society

HNS was initially an informal organization that held gatherings at major neuropsychology conferences such as National Academy of Neuropsychology (NAN) and International Neuropsychological Society (INS). Under the leadership of Dr. Antonio Puente, the HNS bylaws were formally established by the BOD in 2002, and the organization began to develop more formal operating procedures. As such, HNS became a membership organization and began charging dues to further develop meetings, resources, and build further organizational infrastructure. Dr. Monica Rosselli was the first Secretary (2001–2005) followed by Drs. Liza San Miguel Montes (2006–2008), Shelley Peery (2008–2012), Katrina Esherick Belen (2013–2014), and Veronica Bordes Edgar (2015–2017). Dr. Leo Shea served as Treasurer between 2006 and 2014 followed by Dr. Katrina Esherick Belen (2015–2016). Annual HNS Business Meetings and Special Interest Group Meetings have historically been held at
NAN conventions. A website was initially developed in 2002, and subsequently revised in 2006 under the leadership of Drs. Laura Renteria, Shelley Peery, and Tedd Judd in order to provide Spanish-speaking resources to neuropsychologists and provide organizational information plus a member directory. A discussion LISTSERV was created in 2007, which has been an active part of the organization, enabling members to discuss Spanish tests and cases among colleagues. Recently, Dr. David Lechuga reestablished HNS as a 501(c)(3) entity in 2015, enabling sponsorships and tax-deductible donations to be made to the organization.

Greater efforts in education and research have taken place since the HNS organizational structure was formed in the early 2000s. At the request of the NAN BOD, HNS also formed a project in 2002 to establish a NAN/HNS guidelines paper focused on the evaluation of Spanish speakers, which was published in 2009 (Judd et al. 2009). With regard to education focusing on test development, HNS (under the leadership of Drs. Gina Navarrete, Tedd

A recent major HNS achievement has been the shift toward developing independent CE programming to bolster professional development
and further awareness of cultural neuropsychology through advocacy. In 2010, HNS held its first one-day pre-conference at INS in Acapulco entitled, “Próximos Pasos: The Next Steps in Hispanic Neuropsychology.” There were three themes to the conference: Mexico, Assessment, and the Neuropsi family of tests (Neuropsi

In 2015, HNS hosted a one-day independent CE conference in Austin, “From Houston to Austin: Suggested Enhancements to the Houston Conference Guidelines” with over 60 attendees, including leaders from various neuropsychological organizations such as AACN, American Board of Clinical Neuropsychology (ABCN), APA Society for Clinical Neuropsychology (SCN; formerly known as “Division 40”), APA, Association for Internship Training in Clinical Neuropsychology (AITCN),
and Association of Postdoctoral Programs in Clinical Neuropsychology (APPCN). The focus of the conference was to address the following: (1) practices in cultural neuropsychology, (2) training concerns, (3) gaps in the Houston Conference Guidelines as they relate to diversity and culture, (4) National Institute of Health mandates to deliver
culturally competent and equitable care, and (5) cultural neuroscience. Several brief presentations and a facilitated brainstorming session took place (speakers included Drs. David Lechuga, Xavier E. Cagigas, Monica Rivera-Mindt, Christine Salinas, Rachel Casas, Antonio E. Puente, Paola A. Suarez, and Jennifer Manly, as well as presentations by then students Christina Eguizabal Love and Octavio Santos). Another recent HNS contribution was the development of webinar programming in 2015–2016 either independently or through partnership with other organizations such as SCN through the efforts of Drs. Katrina Belen, Christine Salinas, and Clemente Vega.

Mentoring has been a central focus of the HNS organization in order to improve diversification in the field of neuropsychology as well as to
promote culturally competent neuropsychology practices with Hispanics/Latinos. The HNS BOD has demonstrated a strong commitment to mentoring students and early career professionals
in leadership and advocacy efforts. For example,

A HNS Mentoring Committee was informally created in 2010 through the suggestion and efforts of Dr. James Banos. HNS bylaws were amended in 2015 to formally establish the Mentoring Committee as part of the organization with Dr. Christine Salinas serving as the inaugural Chair. Mentoring events initially began as informal social gatherings and more recently as cosponsored mentoring sessions with AACN in
2014. The Mentoring Committee continues to have a presence at all major neuropsychology conferences to recruit members, and also promote discussions regarding cultural and Hispanic/ Latino neuropsychology. Through the leadership of Dr. Christina Eguizabal Love, a HNS Student Association was formed in 2015. The Student Association works with the Mentoring Committee and the HNS Board to ensure that student members are aware of HNS activities. The HNS Mentoring Committee under the leadership of Dr. Christine Salinas launched its first pilot mentoring program in 2016 to pair over 50 mentees-mentors from various stages of professional development. The goal was to foster mentoring relationships with an aim to better prepare mentees to meet the clinical and research demands for working with Hispanics/Latinos.

With the development of the HNS Strategic Plan in 2016 and its formal launch scheduled for early 2017, HNS has undergone a major

reorganization and formalized its status as a force in the world of cultural neuropsychology. Following the seminal Houston to Austin conference in 2015, HNS began to establish more formal liaison relationships with major neuropsychological
organizations such as AACN, ABCN, NAN, INS, and SCN. Dr. Monica Rivera Mindt served as the inaugural HNS Interorganizational Liaison
and successfully advocated for HNS to become a
member of the Clinical Neuropsychology Synarchy in 2017. HNS has played an integral role in raising awareness and contributing expertise on issues of cultural neuropsychology that have been felt in the development of new training programs and even broader disciplinary initiatives, such as the AACN Relevance 2050 and Disruptive Technology Initiatives. New and ongoing international collaborations were fostered with representation from HNS at the 1st Iberoamerican Congress of
Neuropsychology in Bilbao, Spain, in 2016. Former HNS President Dr. Antonio Puente being named the first Latino/Hispanic neuropsychologist to serve as President for the American Psychological Association in 2017 is further evidence of the expanding role and influence that HNS has come to represent in the world of psychology
more broadly

The HNS Strategic Plan, which will serve as the roadmap for the organization’s ambitious future, is focused on five priority areas including: Science and Culture, Empirically supported Practice and Culture, Policy and Engagement,

Knowledge and Training, and Organizational Effectiveness. With the recent reestablishment of HNS as a nonprofit, the coming years will likely focus on building greater institutional infrastructure to support a more mainstream role of HNS advocating for a more inclusive cultural neuropsychology on a global scale. HNS members continue to develop new training and research programs, as well as thriving bilingual clinical practices and innovative programs that will undoubtedly continue to impact the broader discipline of clinical neuropsychology in many ways for generations to come. 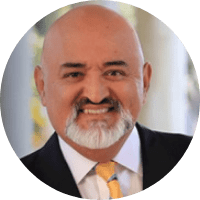 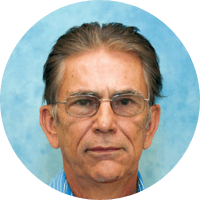 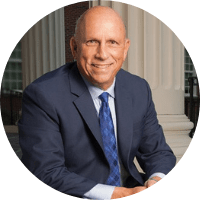 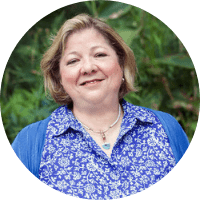 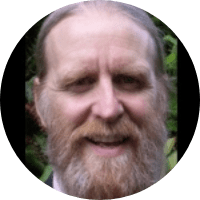 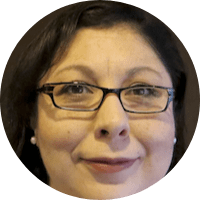 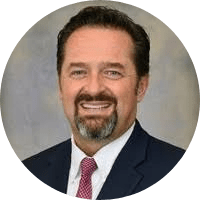 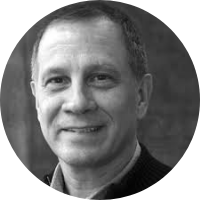 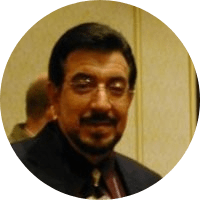 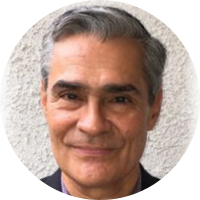 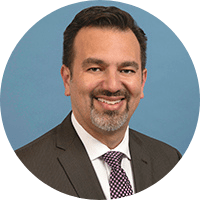 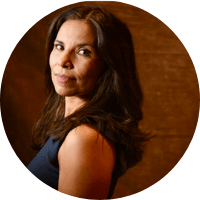 HNS is a cross-cultural society &
welcomes members from all ethnic groups.

Sign up for our newsletter to stay up to date with news and events.

Find awesome listings near you!